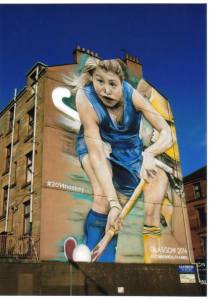 I think David Stuart’s idea about football statues is spot-on but can I suggest that we think big on this one. Let’s have some Stalinist-sized statues which straddle the approachways to Hampden – we could even have one of our friend Ray Clemence that is large enough to allow supporters buses and coaches to drive between his legs.

Bigger still, let’s utilise the nearby Campsie Hills or Cathkin Braes to create Scottish Football’s answer to Mount Rushmore. I would propose a monument to management in the shape of Ally MacLeod, Jock Stein, Andy Roxburgh and Craig Brown. If done properly it should be a damn sight more pleasing to the eye than those War of the Worlds like, invasion of the wind turbines. Of course we don’t need to restrict ourselves to just four images grouped together- we could have them dotted all over the Scottish landscape with Gordon Strachan strategically placed on the side of the southern uplands in order to welcome visitors heading north. Vogts, Burley and Levein on the Paps of Jura? If the political will is there, these suggestions could be converted into major capital projects that would help tackle unemployment as we strive to build this socialist paradise of ours. By jove, that Old Speckled Hen ale is strong stuff….

By way of a more practical suggestion, why not adorn some of our tenement gable-ends with paintings of our Scotland football heroes. Indeed, as we gear up for being a host at Euro 2020 we could also include some continental footballers who have starred at Hampden over the years – eg Puskas, Beckenbauer and Zidane. Something similar was done last year to promote the various sports of the Commonwealth Games held in Glasgow [and Edinburgh and Tayside] as the attached photographs from the Partick area of the city demonstrate. Football and art can go together- the likes of Jinky Johnstone and Davie Cooper proved that.