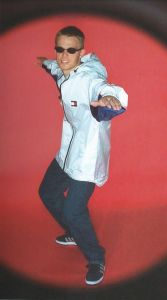 So the fashion photos have been up for seven hours and no likes. I get the feeling too many of you guys really wanted to like them but would be worried if you were seen to like the bare chested Souness or Nicholas photos.

Okay so Simon Le Don, is more East 17 than Duran Duran in this one but sometimes it’s hard to come up with e new title for each little article. It’s funny, as I almost didn’t want to include this one from Dodgy Football Fashions as I instantly dismissed Simon as a Scotland player. Under -21’s no doubt but full caps? Nah, don’t remember that and yet Simon gained ten caps altogether and was even included in 1998 World Cup Squad.
Similar to Jamie Forrest, Simon actually played against ten different teams altogether but here’s the thing; for caps 1-9 he played 129 minutes of football, then in cap ten he played the whole game and then he was gone.
Here’s breakdown of his games, most of which were friendlies. First cap was against Wales in 27th May, 1997, came on for 10 minutes, v Malta 6 mins, v Latvia (WCQ) 6 mins, v France 7 mins, v Denmark 16 mins, v Finland 14 mins, v Colombia 29 mins, v USA 8 mins, v Estonia (ECQ) 33 mins and finally against the Faroes (ECQ) the full 90 minutes.
So there you go, the short Scotland career of Simon Donnelly. I can’t help but wondering is there someone out there who has played 11 times against 11 different opponents. Mind you, I don’t want to think on it too much as that’s the kind of stuff that keeps you researching into the wee wee hours.