Alex Cropley could on one hand be considered a very unlucky player due to injuries including leg breaks he suffered in his career but had he been playing a decade earlier he would not have played for Scotland at all.
Alex was born in Aldershot; I had always assumed that like Bruce Rioch who was also born there that he was an ‘army brat’ but no his father Jack was playing for Aldershot FC at the time. Alex started his football career at Easter Road and was part of Turnbull’s Tornadoes.
When Tommy Docherty became Manager of Scotland in 1971, he quite quickly took advantage of the rule that allowed players who were born outwith Scotland but of Scottish parentage to play for the National team. In his first game in charge he picked Arsenal goalkeeper Bob Wilson to the chagrin of many a Scotland supporter and in some cases players but Alex Cropley was also given his debut. Doc’s first game was on 13th October, 1971 against Portugal at Hampden in a Euro Qualifier, having already lost to Belgium, Portugal and Denmark away, the Scots were out of the reckoning by this time. However, Docherty rallied the troops and Scotland won 2-1 with John O’Hare and Archie Gemmill supplying the goals.
Cropley held his place in the team for the next game, another qualifier taking place up at Pittodrie against Belgium in November 1971 with John O’Hare scoring the only goal of the game. Although, this was to be Alex’s last game for Scotland, he does hold two claims to fame. One; he was substituted in the second half to let Kenny Dalglish come on for his Scotland debut and two; he was in a Scotland side that beat bloody Belgium!
After leaving Hibs, Cropley went to Arsenal for £150,000 but within a month of his debut he broke a leg and indeed shortly after his return from that injury he broke his leg again. He would only make thirty odd appearances before moving to Aston Villa where incredibly he was to suffer a third leg break. Alex would retire from football aged 31.
As to his answers for the Focus On piece; Favourite player was Denis Law with Sandy Jardine as his most difficult opponent. His most memorable match was his debut for Scotland as well as being capped his Biggest Thrill. I love his Professional Ambition which was to be “ in a Scotland team which beats England at Wembley”. Sadly he never managed this but here’s hoping a few others do come November 2016.
As for some of the other stuff; his favourite food is . . . drumroll please – Steak! TV Shows – Dad’s Army and Morecambe and Wise. Singers are Neil Diamond and Frank Sinatra. His Actor / Actress are Dustin Hoffman and Candice Bergen (oh goodie another photo op). 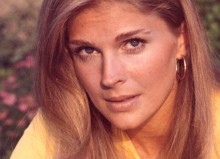