GONNAE NO ADD TO THIS LIST,SCOTLAND…. 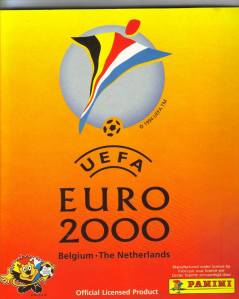 Belgium/Netherlands 2000, Portugal 2004, Austria/Switzerland 2008 and Poland/Ukraine 2012 -21st century Euro Finals that we’ve failed to qualify for. Gonnae no add to this list, Scotland – just gonnae no….

They say that suffering is good for the soul however, so here’s a brief reminder of how those not so fab four qualifying campaigns panned out.

2000 – Craig Brown’s Scotland finished second behind Czech Republic but ahead of Estonia, Bosnia, Lithuania and the Faroe Islands. Jim Leighton and Ally McCoist ended their international careers in a 3-2 win over Estonia at Tynecastle in October 1998. We later lost to England in the play-offs with Wimbledon’s Neil Sullivan now in goals and Billy Dodds leading our attack.

2004 – Scotland, with Berti Vogts at the helm, made the play-offs again after finishing second to Germany in a group that also included Iceland, Lithuania and the Faroe Islands. The Dutch then done us in after we had the temerity to beat them 1-0 in the first leg at Hampden courtesy of a James McFadden strike following a fancy flick-on from Darren Fletcher.

2008 – Going into the final qualifier against reigning world champions Italy at Hampden Scotland were Steve McQueen on his motorbike as the Swiss Alps loomed into view. An equalising goal from Barry Ferguson got us over the first border fence before an incorrectly awarded free-kick to the visitors saw Pirlo and Panucci combine to send Scotland slewing into the barbed wire and continued captivity in non-qualifier land. We had beaten second placed France 1-0 home and away [Gary Caldwell sliding in and McFadden’s wondergoal] but only finished third ahead of Ukraine, Lithuania, Georgia and the Faroes. Managers Walter Smith and Alex McLeish – Big X and MacDonald – almost pulled it off.

2012 – Our group was topped by World and European Champions, Spain with the Czech Republic in second place. Craig Levein’s Scotland were third ahead of Lithuania and Liechtenstein. No strikers in Prague and a squeaky bum, narrow escape at home to the small Geman-speaking microstate/tax haven – sometimes it’s just great being us.
And so to 2016 and surely winning our last four qualifiers isn’t too much to ask for is it? OK then, I’ll take a draw against Germany although I reckon we are due a World Champion scalp.And finally, even sadder than collecting ‘Road to Russia’ drinking vouchers is my practice of completing Panini stickers albums for international tournaments that Scotland are not appearing at and looking longingly and lovingly at images of interesting cities, amazing new stadia and er, em… Ronaldo!

Time to end the famine, Scotland – you are good enough – so just do it will you….