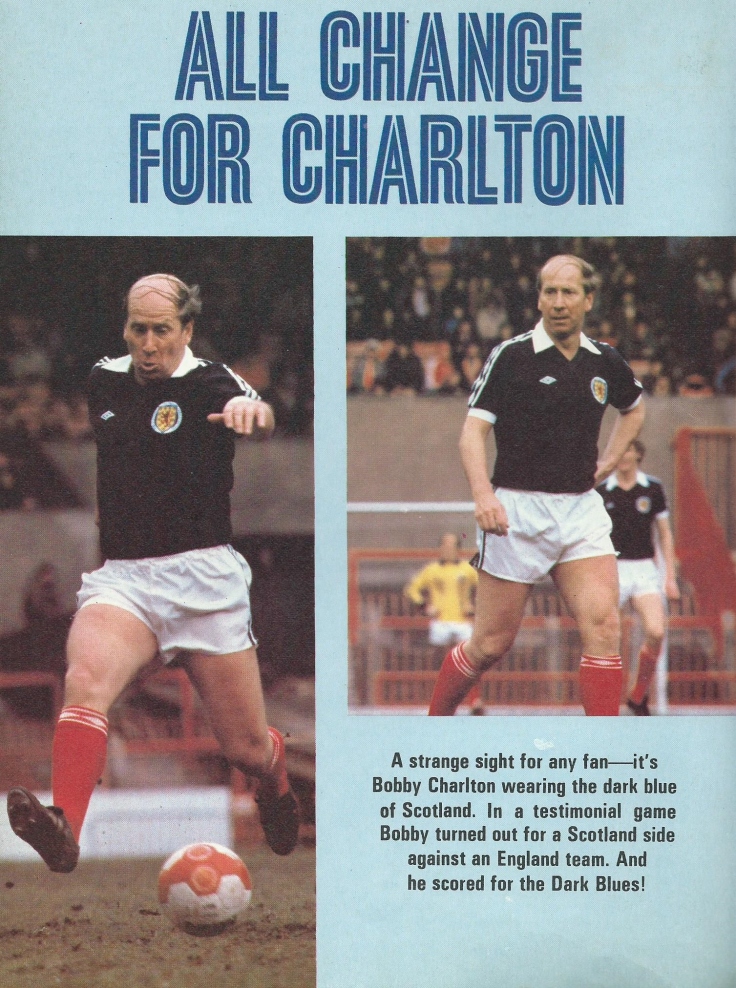 Okay, so normally I post a photo and tell you all about it, but this time I don’t have a clue where this one came from. I imagine it’s a testimonial game for a Scottish Man United player perhaps someone like Stewart Houston, Lou Macari or someone else. So can anybody help with the details and even guess who is in the background? If it helps I think it’s from an annual from Christmas 1981 as the back of the page has Tommy Hutchison scoring an own goal in the 1981 F.A. Cup Final.

Of course, Bobby was born in Ashington in Northumbria and had he been born 50 miles up the road he would have been a Scot. Which given the amount of goals he scored in his time might have come in handy. He also scored against us on four occasions and three of them were decisive; twice to give England victory and a third time to make it a draw and of course England wouldn’t have won the World Cup without him due to his goals in earlier rounds. Of course it’s all conjecture and we can only dream about what might have been. There’s always a downside and we might have had to put up with his brother Jack too and that maybe is a step too far!

2 thoughts on “Bobby Charlton for Scotland!”