RED RAG TO A BULL? 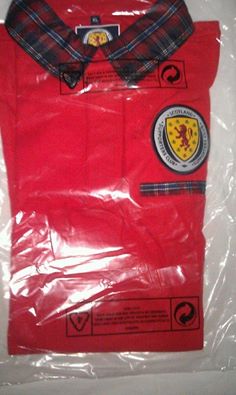 As per usual the biennial, so-called free gift associated with the Scotland Supporters Club membership fee is meeting with a mixed response. For 2016 we all received a red SSC polo-shirt with tartan collar and trims and has been likened by some to a Bay City Rollers jersey. Now I quite liked the BCRs but then I say that as someone who, for a short period of time, wanted to be like the Construction Worker in The Village People.

Anyway, the SSC jersey comes complete with tongue in cheek guidance label – ”Wash after every game unless we win” – which was ok hygiene advice when applied to the Berti Vogts friendly matches. One other thing to mention however is that a number of supporters just don’t see red as being a Scotland colour. Our lion rampant and the following description begs to differ.

Red is the colour of fire and blood, so it is associated with energy, strength, power, and determination as well as passion, desire, and love. Red is a very emotionally intense colour. Apparently it enhances human metabolism, increases respiration rate, and raises blood pressure – any Aberdeen/Scotland supporters care to wade in here?

So what big matches have Scotland won whilst wearing a red jersey? Truth is I can’t answer that question without doing some research as none automatically spring to mind. Indeed my brain is programmed to see everything in dark blue even when we have played in white, yellow, maroon, red or some multi-coloured monstrosity. I would welcome some enlightenment however as all I can remember is that we had a few variations on a red away jersey during the 1980s. So just who have we put to the sword whilst wearing our socialist red taps?

(Israel a way back in February, 1981 in Tel Aviv in a World Cup Qualifier with kenny Dalglish scoring the only goal.) 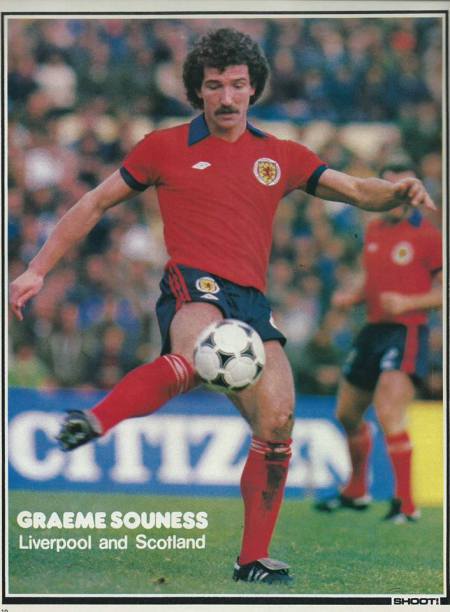