East Stirling or to give them their full name East Stirlingshire were demoted from the SPFL on Saturday after losing in a play-off to Lowland League team Edinburgh City.
In terms of Scotland, well you won’t be surprised but not too many East Stirling players were capped for Scotland and they all came in the 19th Century. David Alexander was the clubs most capped Scotland player with two.
First up was Archibald Ritchie in March, 1891. (I wonder if he was actually an Archie). Archie played at right back against Wales at the Racecourse Ground as Scotland won 4-3 with R.Boyd of Mossend Swifts grabbing a double. Other clubs to be represented that day were Partick Thistle, Alloa Athletic, Leith Athletic, St. Mirren, Queens Park (x2), Abercorn, Ayr United and Montrose.
David Alexander was first capped against Wales in 24th March, 1894 (and Hamish Husband don’t dare claim to have been there!) against Wales at Rugby Park, Kilmarnock. Scotland won 5-2 with Alexander contributing a goal. Also, in the team that day and captain of the side was James Kelly of Celtic who would go on to become a director at Celtic Park as would some of his descendants.
A week later and Alexander played in a 2-1 win over Ireland at the wonderfully named Solitude Ground, Belfast. Captaining the side that day was Robert Marshall of Rangers and also playing was . . . and I’m not making this up David Stewart of Queens Park. Okay different spelling but spooky nonetheless. Yes, your Scotland Epistle Stalwarts also played for Scotland.
March, 1898 would see the last player from East Stirling represent Scotland; James McKie. Scotland beat Wales 5-2 at Fir Park with McKie hitting a double and yet he would not play again for Scotland. If you think that’s bad; James Gillespie of Third Lanark hit the other three goals in his only game for Scotland. Gillespie had by this time already won the English Championship with Sunderland twice and indeed won the World Championship in 1895 with them too. Basically, the English champions beat Hearts the Scottish champions, apparently at the time, Argentina was the only other country in the World with League football. Sunderland beat Hearts 5-3 at Tynecastle with a team that consisted of 11 Scottish players.
Anyway I digress this is meant to be about East Stirling. I haven’t come across a good list of former East Stirling players that went on to play for Scotland and so I only have a note of two. If you know of others let us know. The great Eddie McCreadie of Chelsea fame and Everton goalkeeper George Woods both started at East Stirling. Eddie won 23 caps in the mid to late 60’s and George was one of few goalkeepers given the chance to oust Alan Rough in the early 80’s. George won four caps for Scotland and was part of the 1982 World Cup Squad. 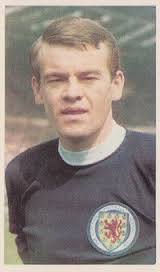 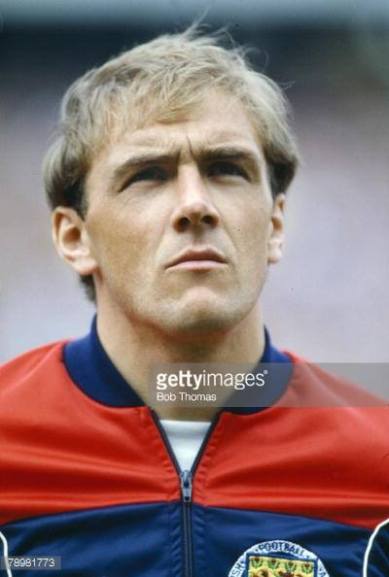 Of course, East Stirling does have another more famous connection to Scotland as it would be the team that gave Sir Alex Ferguson his first managerial post in football and as we know he too would manage Scotland after the death of Jock Stein.
So all the best to East Stirling in the future and our congratulations to Edinburgh City, even though the possibility of cold winter nights sitting in that stand at Meadowbank fills me more with dread than joy as there were far too many Partick Thistle defeats there in the 1980’s.