For the game against Italy in Malta, a small [12 page] unofficial programme was produced by Scotland fans for Scotland fans. I think it was Graeme McGinty and friends who came to the rescue to compile an excellent ‘Less is more’ publication with all profits going to the Tartan Army Sunshine Appeal. [Similar ‘programmes’ were produced in recent years for away games in Cyprus, Slovenia, USA, and Luxembourg]. Well done you Guys – take a bow.

SFA please note – concentrate on the basics, cut the flannel and get the costs down on your own bloated, overpriced, Argos catalogue wannabes. For the Italy game we had articles on the venue – the Ta’ Qali National Stadium; Previous Encounters between the two sides; Ikechi Anya; and somewhat prophetically, Graziano Pelle. [Fess up Graeme – Did you put the kitty money on him to score?]. There were also team photos, action photos, and squad listings WITH NUMBER OF CAPS AND GOALS SCORED DETAILED. Along with piles, it’s a pet hate of mine when that basic information is omitted!

For the game in Metz, those French pseudo-Socialists adopted their usual practice and produced a VIP programme only. A glossy, A4 publication, it extends to 32 pages of which 13 were given over to adverts. Both squads were listed but only the home side were afforded the luxury of photographs and trust me, French men aren’t ‘that’ attractive. Furthermore, not a single article was in English – and they want us to remain in the EU? 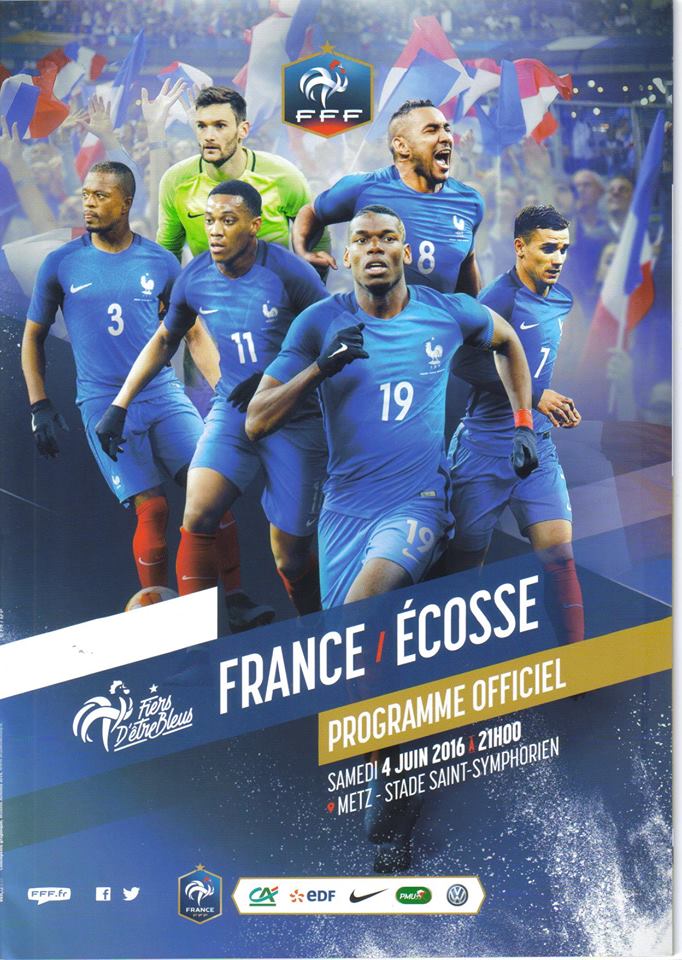 So here’s the latest Boab Brainwave – I’d like to see FIFA and UEFA rule that a match programme for general sale must be produced by the host Association and -similar to the rules on ticket allocation numbers for away support – approximately 10% of the wording of the programme should be in the language of the visiting team.[Time for the SFA to employ some cunning linguists]. For the avoidance of doubt, let’s keep Gaelic and Welsh out of this although I’m willing to make a special exception for our Bi-lingual friends Belgium!