Duncan McKay (no, not that one) 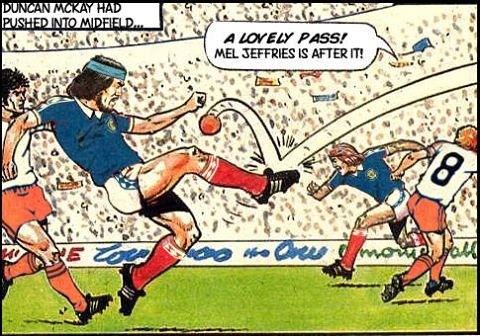 Just to clarify that Duncan Mackay whose birthday it was yesterday was not the same guy that played in the 1978 World Cup. No, he should not be confused with the Duncan Mckay that played for Melchester Rovers and apparently played in the ’78 World Cup. Here he is in action against Netherlands and for some unknown reason he is passing the ball to a Scotsmen with the unlikely name of Mel Jeffries.