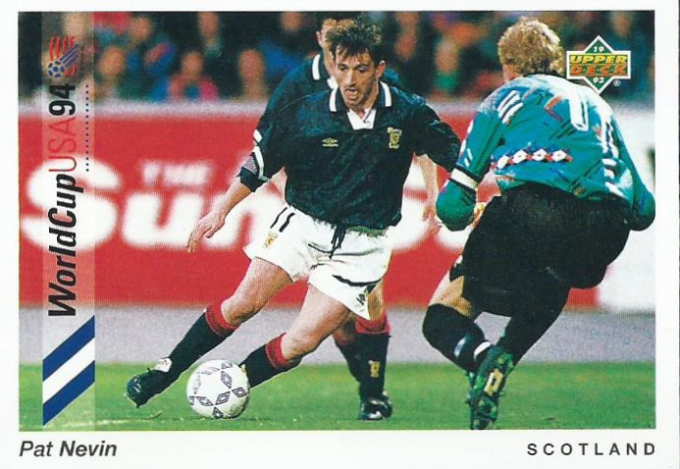 Pat will be 53 today. Pat was capped 28 times for Scotland and it always surprises me when I look at the facts and figures for Pat to discover, that his first six caps came with Chelsea, his next eight with Everton and his final 14 with Tranmere Rovers.
I suppose it’s true in some ways that Pat is more famous for what he achieved with Scotland at Youth Level rather than full International. He was Player of the Tournament in 1982 when he helped Scotland win the UEFA European Youth Championship in Finland and was also part of the Under 20 side that reached the quarter finals of the FIFA World Youth Championship.
Pat scored five times for Scotland including a lovely chip against Estonia that few other players could have done so deftly.
Happy Birthday Pat.