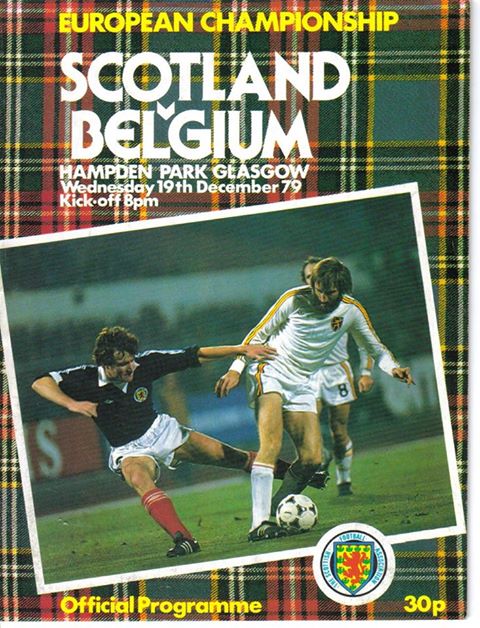 On this date in 1979 we played Belgium in a European Championship Qualifier and of course, we got pumped. A Belgian blitz lasting eleven minutes in the middle of the first half saw Scotland lose three goals. John Robertson would pull one back in the second half but that was as good as it got for the 25,389 crowd.
The team lined up as: Rough (Partick Thistle), Jardine (Rangers), McGrain (Celtic), Burns (Nottingham Forest), McQueen (Manchester United), Bannon (Dundee United), Aitken (Celtic), Wark (Ipswich Town), Robertson (Nottingham Forest), Dalglish (Liverpool) and Johnstone (Rangers). Davie Provan of Celtic would come on for Bannon in the second half.
Sandy Jardine would be captain for the night in his last Scotland appearance as it was for Derek Johnstone.