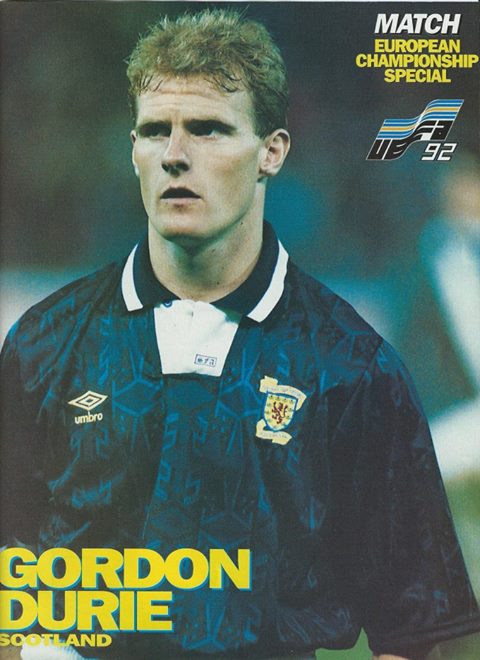 Happy Birthday to Gordon Durie who will turn 51 today. Gordon played for Scotland on 43 occasions, scoring seven goals. He was first capped in November , 1987 in a Euro Qualifier in Sofia, Bulgaria on the night that Gary Mackay would score the goal that thrust the Republic of Ireland into the 1988 Euro Championships.
Gordon was first capped as a Chelsea player but would also gain caps with Tottenham Hotspur and Rangers.
Remarkably Gordon is the only Scottish player to ever play at four Major Tournaments but had you read the latest issue of the Scotland Epistles you would have known that.