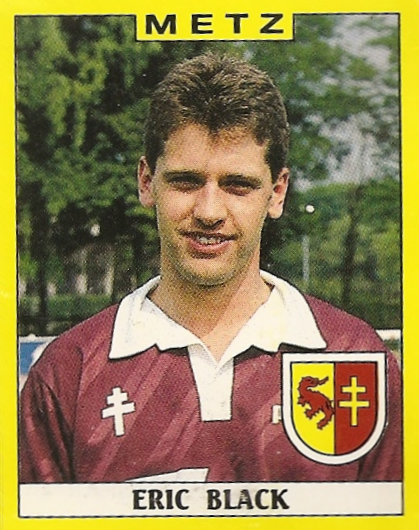 Eh, . . is it a tad insensitive to wish Eric Black a Happy Birthday today, given the shitstorm that he’s involved with at the moment?
Anyhoo, today is his 53rd birthday.
Eric gained 8 under-21 caps as an Aberdeen player scoring two goals but would only win two full caps both during his time with Metz. In fairness to Eric, Ally McCoist and Mo Johnston were playing for Scotland at the time.
His first appearance was as a sub for Mo Johnston in the 71st minute against Hungary in a friendly at Hampden in October, 1987. However, by then an Ally McCoist double had everything sewn up as Scotland won 2-0.
His only other appearance was in a game I suppose we would all rather forget as Scotland fought out a 0-0 draw with Luxembourg away in their last game of a poor European Championships Qualifying group.
Eric would replace Pat Nevin with 30 minutes remaining but Scotland were still unable to break the deadlock and so ended up with the blank draw.
That would be it for Eric as Mo Johnston would hit a rich vein of form in the upcoming World Cup Qualifiers and chances to play upfront were few and far between. The final blow would be chronic back pain that Eric had suffered from throughout his playing days and eventually ended his career in 1991. Eric is pictured in his Metz days and of course the photo is in our Scotland Players Abroad section on the website.
Happy Birthday Eric and all the best.