This article was written a few days before Scotland were due to play Gibraltar in the Euro Qualifier in March 2015. There was a lot of hype around the fact Scotland hadn’t scored a hat-trick since 1969 going into the match. Of course when Gibraltar scored their equaliser we all thought; Christ just give us a win before Steven Fletcher finally stepped up to the plate to achieve the long awaited hat-trick. Here’s hoping we don’t need to wait until 2060 until the next one.

1.       The last player to score a Hat-trick for Scotland was Colin Stein against Cyprus at Hampden Park on 17th May, 1969 in a World Cup Qualifier.

2.       Stein is not the only player to score a hat-trick in a World Cup qualifier. Henry Morris did this in October 1st, 1949 against Ireland at Windsor Park. However, Blackpool player Jackie Mudie scored a hat-trick against Spain in a qualifier in 8th May, 1957 at Hampden in a 4-2 win to help us actually qualify for a tournament. No player has ever scored hat-trick in a Euro qualifier. 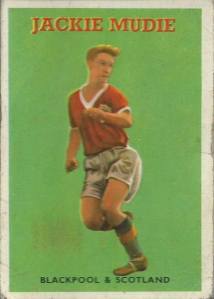 3.       The aforementioned Henry Morris is the only player in the modern era to have scored a hat-trick in his only game for the national side. However, this was fate was achieved in the 1890’s no less than four times by James Gillespie, Alex Higgins and with four goals each Charles Heggie and William Dickson.

5.       Hughie Gallacher was one of the Wembley Wizards but it was team mate Alex Jackson who probably scored Scotland’s most celebrated hat-trick in the 5-1 trouncing of England that day in 27th February, 1927.

6.       Hat-tricks on home soil have been scored regularly at Hampden Park, Celtic Park and Ibrox as well as solo efforts at Fir Park, Cappielow and Underwood Park, home of the defunct Abercorn in Paisley.

7.       Denis Law is the only player to hit a hat-trick and end up in a losing side. He achieved this notoriety at the Brann Stadion, Bergen in a 4-3 defeat friendly against Norway in 4th June 1963. However, Denis did get his revenge by scoring another 4 against Norway a few months later on November 7th, 1963 in a 6-1 rout at Hampden.

8.       R.S. MacColl is the only player to score consecutive hat-tricks in 1899 agsinst Wales and Ireland respectively. Unfortunately, Ruud Van Nistelrooy for the Netherlands and Robert Earnshaw for Wales achieved this against us during those bleak Berti Vogts days.

9.       In total 29 players have scored hat-tricks for Scotland although most were achieved in the early years. Remarkably the first hat-trick against Scotland did not occur until Dennis Wishaw scored four for England in 1955. Scotland have only conceded hat-tricks on seven occasions; five of which have happened since our last hat-trick.

10.   Our equal top goalscorer, alongside Denis Law on 30 goals Kenny Dalglish, never scored a hat-trick but came close, scoring a brace of goals against Northern Ireland in June 1977, Norway in October ’78 and finally Belgium in December 1982.