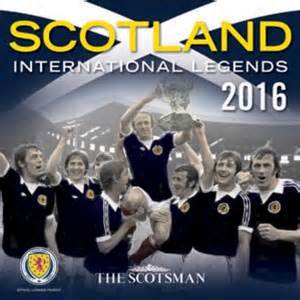 On Saturday, while everybody else was doing there Christmas shopping all around me I was perusing the magazine racks of W H Smith looking for that Scotland article in the latest magazines and of course not really finding it. Backpass magazine had an article on Great Goalkeepers of the 60’s and 70’s with Gordon Banks perhaps deservedly being Numero Uno and Ronnie Simpson was in there too but where oh where was big Roughie? So naturally I gave that one a wide berth.

Then there was a big thick one called the Golden Era which seemed to focus on the 30’s through to the late 60’s but again it was blink and you’ve missed it in terms of Scottish and Scotland stuff.

So what else was there? Well, there was the usual guff, magazines on Chelsea, Manchester United, Arsenal and Liverpool which was bad enough but then there was a How England Qualified for the Euros mag. Come on, it’s bad enough we have to put up with draw coverage and it will be an agonising summer too but do I need to see a mag on how England progressed? Of course, it could have been worse; next to it could have been the Wales, Northern Ireland and ROI companion mags and the How Scotland F**cked Once Again (Part IX) one.

So there I was with my cash burning a hole in my pocket and nowt to spend it on and as I approached the counter I spied a Scotland International Legends 2016 Calendar for £6.99 hanging sitting on a shelf. Without pausing to look at it I asked for a copy and gave the man my coins and sprinted out the shop to take in the glory of the calendar. 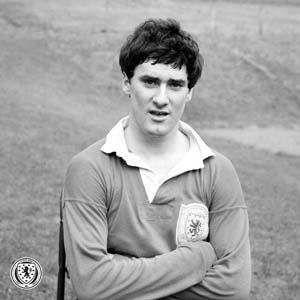 However, as they say it’s good but not that good. Call me pernickety but I think I would have preferred some of the shots to be in glorious colour and even Jim Baxter with a ball at his feet rather than sitting on a chair. Overall, though it’s worth the money and perhaps a good stocking filler for a Scotland fan. There is also a current Scotland team one available as well which is all colourful. 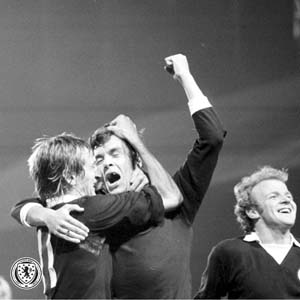 Of course, the ultimate stocking filler is Scotland Epistles, Bullshit & Thistles issues 1-3 selling on eBay and elsewhere if you look at the post published on 6th December.

If only though WH Smith had taken the Epistles on board to sell we’d all have something Scottish to read among all this English dross.